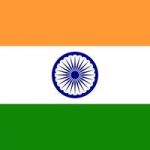 By Rizwan Arif
Ranchi (Jharkhand) [India], September 7 (ANI): A public interest litigation (PIL) has been filed in the Jharkhand High Court alleging that BJP MP Nishikant Dubey had submitted a fake degree to the Election Commission of India in his election nomination papers.
The PIL, filed by one Danyaal Danish, sought directions for an investigation by the Central Bureau of Investigation (CBI) and a high-level inquiry by the ECI.
“Danyaal Danish has filed a PIL in which he has said that Nishikant Dubey claims before ECI that he has obtained an MBA degree from Delhi University, but this is false. The University of Delhi has given it in writing that no person namely Nishikant Dubey has passed in 1993. Hence it is clear that ECI should initiate an inquiry in this and CBI register the case in the matter,” the petitioner’s lawyer Rajeev Kumar said on Monday.
BJP leader Nishikant Dubey is a Lok Sabha MP from the Godda constituency of Jharkhand.
The petitioner has made the Election Commission of India, the Vice-Chancellor of Delhi University, the Director of the Faculty of Management, State of Jharkhand, DGP Jharkhand, and the CBI respondents in the PIL.
“Nishikant Dubey has submitted false information in the year 2009, 2014, and 2019 General Elections about his educational qualification that he passed MBA from the Faculty of Management Studies, Delhi University, but verification of the documents obtained under RTI proves that he has neither taken admission nor has he passed MBA from an aforementioned institute,” the plea alleged. (ANI)

The Quality of Leader to Success